DJ is Eugene’s favourite role, but not his main job. His style is a London mix of film soundtracks, funk and feel-good grooves, a playful, freewheeling collection of party tunes, that has led him to play at Ost Klub, Arena, Elektro Gönner, Alte Post, Donaukanal, Rathausplatz, Club U, lakeside in Aspern, Meidlingermarkt, Funkhaus, Anaconda, RoterGürtelBogen, Brotfabrik, Urban Future after-party in Messe, Hotels…-Kempinski, –magdas and –Ruby Marie, Vienna Design Week, Streetlife Festival on The Ring, Lusthaus, Brunnenpassage on Yppenplatz, on the beach at Eisenbahnerbad, outside WU, at Oliver Hangl’s SilentDisco on Wientalterrasse & Blumenwohnstrasse Markgraf-Rüdiger-Strasse, on UK radio station LSR, plus so many house parties, weddings, pools, parks, gallery launches. Ideally open air. He has spun records alongside Kristian Davidek, John Megill, Jeschka Oszilat and other players on the Wiener scene.

So the message is, if you are organising an event or party, and want the music to be curated creatively, give Eugene a call, and he will deliver clever music to back up your concept.

– To make the After-show party at Urban Future conference into something special, Eugene asked delegates for a song about their home town. And once he played it, waiting 30 seconds before typing on a big screen the name of the city. Those present tried to guess the origins of the tunes they heard, before it was announced. It made the event more interactive and colourful, and allowed all present to actually represent their home city. The event included music from 35 different countries, and cities as diverse as Shanghai, Oslo, Bamako and Medellin.

– For a project called Music Safari, Eugene plays open air on some of the poorest squares in Vienna, using music of all the different ethnic communities who live nearby (instead of having one club for juju, another for Bosnian beats, and a third playing Chechen grooves). DJ Eugene (originally from London) takes locals on a dance adventure, playing records that reflect the various communities who live in an area. He entertains the neighbourhood with Turkish, Bosnian, Chechen, Roma, African, Bollywood and Austrian tunes. Everyone can ask for a special song they’d like to hear from ‘home’. It’s fun. Residents start to dance, and are surprised to hear ‘their’ music played by a Brit, and alongside many other styles of sound. It allows local children to lead the dancing, showing each other the right steps and moves. It helps validate their culture, and shows that those tunes don’t just belong at private house parties or weddings, but also on the streets of Vienna. Why not mix up the music of the different communities who live around Vienna? We bring normally boring public space to life, on a small budget, and give the Graetzl something to talk about.

– The Baustellenfest at magdas Hotel (before the building had electricity), where dj Eugene played music from all the countries whose residents had recently arrived in Vienna as refugees.

– At the Feature Night party series in Elektro Goenner, the boys from nameit positive media played songs and audio on a theme each month, from ecology to autumn, and 1970s films.

– With dj storytelling, Eugene takes the dancers and party people on a journey of discovery, mixing styles and ideas, keeping the music visible all night, sometimes eccentric and always full of Felliniesque drama.

– For the opening of #kommraus – Forum Öffentlicher Raum on Vienna Public Space, Eugene plays only music from or about Vienna. The soundtrack to the city. In funky and experimental Brunnenpassage, from 21-23:00 on 16 May 2019, and free.

– For Roland and Duy’s wedding, in a Waldviertel castle, Eugene mixed up music from the 2 boys’ backgrounds (Roli is Viennese, and Duy Vietnamese). This was Euge’s first gay wedding as dj, and definitely his most spectacular.

– To mark Brexit Night (Fri 31 January 2020), Eugene played the best of Brit music – from The xx to Radiohead, Led Zeppelin to The Streets, in a pub next to Hundertwasserhaus, to recognise this sad day of UK disengagement from 47 years of EU integration. Every time somebody started to dance, Eugene asked them to sit down, since this was no kind of celebration. The event was reported on by ZiB2, APA, Oe1 Leporello, Radio Orange, Puls4, FM4 morningshow, MeinBezirk, etc.

– Andre Heller’s ACT.NOW conference wanted a spectacular event to show how to overcome divisions and the new populist hate-speak online, and so Eugene chose songs from cities all along the refugee route of 2015, from Karachi to Stockholm, and every single person danced there.

– Nightlife is under enormous pressure in 2020, not just from Corona and changing lifestyles of young people (see the notes to our Midnight Tour for more details on the new night-time economy), but also because residents complain much more now about noisy clubs nearby. So there is no better solution than a silent disco in public space. Silent Discos – organised in Wien by Oliver Hangl of Guerilla Walks fame (the boy is a legend!) – work through 200 headphones, with a choice of two different DJs on 2 channels. Eugene was invited to play on the spectacular Wientalterrasse and also on Meidlinger Markt and the Blumenwohnstrasse Markgraf-Rüdiger-Strasse. At a time of reduced work for DJs, with all clubs closed for Corona, Eugene was honoured to be one of those selected to play and get paid at these free events. And there is a certain theatre in having competition to see see which DJ is more popular (you can tell from the dancing who is listening to which DJ). It always seems be a hot night for these silent discos. A silent disco is somehow a very Vienna concept. The dancers look crazy to passersby, but we just don’t care.

Trying something new every time – that’s why it’s called dj storytelling. So what is that? it’s a flexible concept which means the music is not in the background, but something people can talk about all night, including ideas and diversity, but always involving the crucial element: funky beats to jump around to. Cinematic colours and booty-shaking slammers. And to reflect more worldwide sounds, which keep people thinking and exploring and surprised.

For those sceptical of the political or transformative power of music and dancing, remember how clubs are one of the great levellers, where a wide mix of people come together to party. Disco music was a revolutionary force, providing a colourful new platform for gay people, black people and women to be centre-stage. Please read this article to learn more: hyperlink here to this! 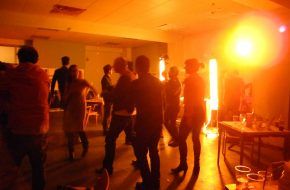 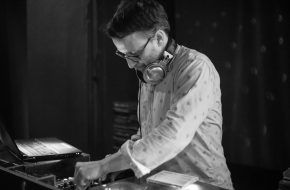 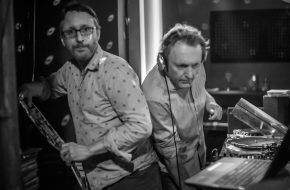 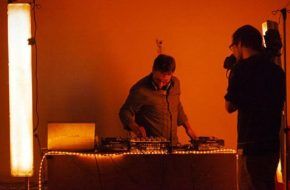 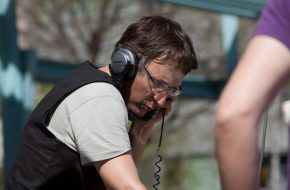 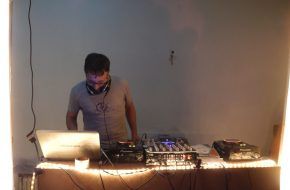 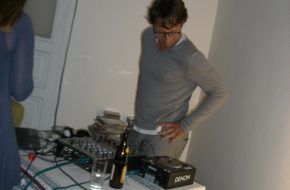 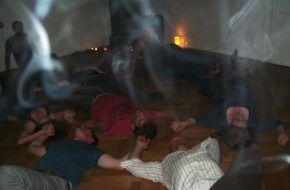