What is public space? It is the place where the public connects, outside of their house and office. It is what happens when you close your front door and see what happens next. It is our shared, collective home. It is a democratic, sometimes surprising, often entertaining and lively place where your city becomes a city, and not just a collection of individuals.

The City of Vienna is interested in further improving the way that public space works in Vienna. So they have produced a strategy paper on the subject. But so that more people in the city can understand the ideas in the document, they are creating a three-day Forum in May 2019, to explore and celebrate Vienna public space. The event will be curated by three independent curators: Beatrice Stude, a freelance city-planner; strategic communications consultant Florian Lorenz, and Eugene Quinn, urbanist and DJ.

Since the turn of the century, attitudes to the public realm have been transformed, as we come to understand that the spaces between Vienna’s buildings – its street markets, squares and green spaces – are as important as the surrounding buildings in creating a more human city. The subject is now so hip that it was the theme of the Architecture Biennale in Venice in summer 2018.

We invite the Viennese to come and explore their own city, and to create joyous events across the full range of local public space. It is something new to have a public-focused event on this subject. Although we all experience public space every day, most people are not familiar with the concept or think about it rarely. We aim to make it more visible. How does city development affect people? Which kind of city do we want to live in, in the future?

We want to explore the real experience of being in Vienna public space in spring 2019. How does it feel? How do you know you are in Vienna, as you walk though the city, or sit on a public bench on a square? Come on urban adventures with us, participate, and share your perspective with others. Walking cuts across class, nationality, gender and age. Everybody does it, and it unites us. We want to develop new networks and dialogue between different groups, including politicians, administration officials and independent initiatives.

Our forum is taking the unusual step of not having a central gathering point, but instead being decentralised across the whole city. We see this as a statement of localism. Of reducing things to a local level and empowering communities to engage with their grätzl and how to improve it. But at the same time to build identity in Vienna, which can be a self-critical and sceptical place. Our choice of the word Forum is important, since we want maximum participation, open interactive debate, and solutions-focused processes. We want to make crowdsourcing into a more physical, less digital experience.

How is good public space created, improved – and understood? If we could reduce the Forum to a hashtag, it might be: #GestalteDeineStadt. The Fachkonzept which Stadt Wien produced in 2018 has five focus areas: lively and diverse, socially-just and gender-neutral, ecologically robust, educational and dynamic, encouraging participation and building a sense of belonging. Public space is a way to combat the filter bubbles that some people choose to live in online. On the streets you meet everybody who lives in your city.

There are challenges in designing future public spaces. We live in a growing city, and so the streets are getting livelier. Tourism is booming and this brings more people into some parts of Vienna. At the same time, with rising temperatures, we need to act to combat a climate collapse. With warmer days, more people seek the coolness of being outside, near water or cool breezes, and under trees. The last few years have seen a move towards more culture outside, like public viewing of football, open air concerts and film screenings. Street food is a clear trend.

Building community encourages social cohesion and is good for mental health and physical health. How can we encourage every group in society to feel welcome and happy in our collective spaces? Loneliness is worse for your health than alcohol and smoking combined. And it affects people of all ages. Good Public space helps to combat that, by bringing people together in conversation, sport or simply a smile.

Too often the press debates around public space are on the loss of parking spaces, instead of understanding the real benefits of people coming together to chat and laugh and play. Less space for cars means more for people. Cars are inactive 98% of the time, filling up valuable space while adding nothing to our social lives.

Historically, public space was where people gathered to socialise, shop and engage in politics. But with the rise of interactive technology, people now socialise, shop and make their politics online, as well as together with others out on the streets. So public space has new functions. American philosopher Matthew Passmore says that the relationship between technology and public space is like the evolving interplay of photography and art. How did art respond to photography? It was free to move away from pure representation, and explore new forms of presenting visual ideas: abstraction, surrealism. All over the world, there are new small-scale urban interventions which explore the full potential of what a city can be, as a place to play, a lab for experimentation. A place for informal, small social gatherings. To eat and be romantic with friends, lovers and strangers. To dance and sing. To be free.

Urban walking is in itself a celebration of public space. And even more so, when an engaged group of citizens walk through their own town together – so the Forum features around 20 tours of new public space in Vienna. These range from a smells tour to midnight walks, an inclusive and barrier-free adventure and even a long march to every district in one day.

Our events explore the contemporary public realm. According to legendary urbanist Jane Jacobs, ‘Cities generate economic growth through networks of proximity, casual encounters and “economic spillovers.“ The phenomenal creativity and prosperity of cities like New York are now understood as a dynamic interaction between web-like networks of individuals who exchange knowledge and information about creative ideas and opportunities. Many of these interactions are casual, and occur in networks of public and semi-public spaces—the urban web of sidewalks, plazas, and cafes. More formal and electronic connections supplement, but do not replace, this primary network of spatial exchange.’

‘Cities perform best economically and environmentally when they feature pervasive human-scale connectivity. Like any network, cities benefit geometrically from their number of functional interconnections. To the extent that some urban populations are excluded or isolated, a city will under-perform economically and environmentally. Similarly, to the extent that the city’s urban fabric is fragmented, car-dependent or otherwise restrictive of casual encounters and spillovers, that city will under-perform—or require an unsustainable injection of resources to compensate. As Jacobs said, lowly appearing encounters on sidewalks and in other public spaces are the “small change” by which the wealth of a city grows.’ http://www.citylab.com/design/2014/09/5-key-themes-emerging-from-the-new-science-of-cities/380233/?utm_source=SFFB

Vienna has a reputation for being a bureaucratic city, but we aim to show speeded-up, efficient and pragmatic new decision-making. We think that hip place-making can inspire people. At the same time, there are new forms of engagement. The Wuerstelstand Sprech Stunden, where the Floridsdorfer Bezirksvorsteher Georg Papai tours local, informal food providers at pre-arranged times, shows a creative new way for politicians to take the debate to where the people are, instead of the other way round.

Really belonging to a city is a special feeling, and being out in good public space is central to that feeling. We are interested in celebrating the power and potential of local communities around the city. We want to use the energy and ideas collected to create new networks.

Street Capital is a measure of how much theatre and joy we find on some city streets, and the reverse – how dull and cold so many other streets are, because they lack people and interactions and a sense of play. Next time you walk along a city footpath, try to measure how much fun it is, and you will be applying the concept of street capital to your own streets. It’s a new way of looking at the city, and a political idea, because some of the richest neighbourhoods are empty of any life, while poorer, more diverse communities have fun street-life.

Many Viennese think instinctively of green space when planning a walk. As part of our Forum, we want people to consider touring more urban spaces. A third of Viennese leave the city for at least 5 hours at the weekend. We call this phenomenon Stadtflucht, or City-Flight. It is bad news for the local economy, when people earn money here and then spend it far away. But also there is an ecological price to pay if you have two homes (one of the two is empty all the time), and need a car to move between them. But most of all, it is bad for the social life of the city, that people are simply not here, meeting with each other at the weekend. Just as Berlin and London come alive on a Friday night, much of Vienna goes to sleep. London is a 7-days-a-week city, Vienna only 4.5-days occupied.

Public Space is all about people, and your relationship to them. If you are spontaneous and love the joy of random encounters and gossip, and that feeling of belonging to your home, then get out there and enjoy living in the city. Although having music in your ears can provide a cool and motivating soundtrack to your walk or run, it stops you interacting with others. So we urge you to enjoy the soundtrack of the city instead, and put yourself back into spontaneous social situations.

There is an important difference between what we can’t influence – national politics – and what we can – our neighbourhood. There is also a gap between our dark and angry social media feeds, and then our lived reality when we walk out on city streets, and the sun is shining, you see kids playing and say hallo to the shopkeeper, and then are confused why there seem to be two different realities. This is not to say there aren’t challenging political realities, but there are also communities to be built, at a local level. Things can be solved in your Grätzl. Don’t believe everything you read in the press about your city.

We present possibilities for collaboration and civic engagement, at a grassroots level. To remind people they can take control, build networks, and even resist national trends. The recent new urbanism movement, which is about building community with an ecological focus, has seen an evolution of urban problem-solving that’s becoming more sophisticated and impactful every year. Instead of hierarchical old structures, the 21st Century is going to be networked, distributed and led by cities. At the same time, we want to understand how a city works ‘from the street up’. And through that, to create ‘human-centred’ urban design solutions that help in shaping our cities.

As repeated high rankings in city comparisons show, Vienna has lots of good public space. The democratic nature of street markets, squares and the public transport system is demonstrated in how they bring a good mix of people together. While the global trend is towards increasing inequality, Vienna’s high quality public space continually draws us all together, with a lively mix of young and old, rich and poorer, visitors and locals. That is not true in many other cities. See you from 16-18 May, for so many new urban adventures in Vienna. 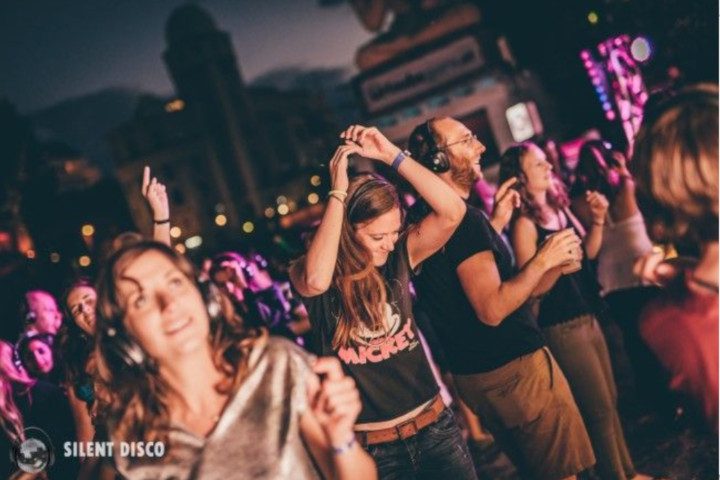